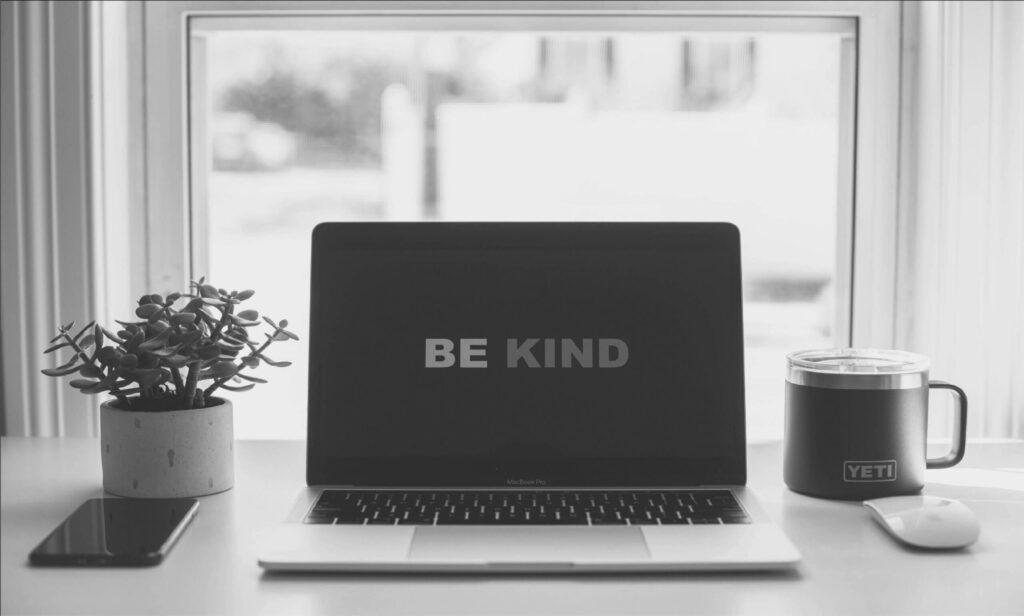 Do you have zero tolerance for bad behavior?
Subscribe

This year’s NBA playoffs have been an exciting ride so far.

As a Canadian, the story gaining all the attention has been the play of the Toronto Raptors who now find themselves two wins away from a championship.

There have also been some equally charged stories happening courtside as well.

Just this week, in Game 3 in Oakland something happened that really caught my attention.

During the 4th quarter, Raptors point guard Kyle Lowry dove after a ball that went out of play. As often happens, he jumped into the fans seated courtside. As he tried to get to his feet, a man shoved Lowry, who immediately reacted with anger. A brief altercation ensued, and the fan proceeded to bark at Lowry, who later said the man used “vulgar language”. The referees were immediately on top of the situation. Lowry was visibly upset and went back to playing the game.

What happened next was stunning. The fan was escorted out of the game.

Everyone learned later that the individual wasn’t just your regular fan. It was Golden State Warriors investor Mark Stevens.

The league immediately responded on Thursday. They announced that Stevens would be banned from attending any more NBA games while the incident continues to be reviewed. NBA Executive Vice President, Communications, Mike Bass said, “A team representative must be held to the highest possible standard and the conduct of Golden State Warriors investor Mark Stevens last night was beyond unacceptable and has no place in our league.”

Then the Golden State Warriors front office weighed in with its own statement:

Mr. Stevens’ behavior last night did not reflect the high standards that we hope to exemplify as an organization. We’re extremely disappointed in his actions and, along with Mr. Stevens, offer our sincerest apology to Kyle Lowry and the Toronto Raptors organization for this unfortunate misconduct. There is no place for such interaction between fans — or anyone — and players at an NBA game. Mr. Stevens will not be in attendance at any of the remaining games of the 2019 NBA Finals. Review of this matter is ongoing.

The NBA Players Association has expressed its support of a “zero-tolerance” policy with respect to verbal and/or physical assaults perpetrated against players.

Then, less than 24 hours after the incident happened, the NBA announced that it has banned Golden State Warriors investor Mark Stevens for one season.  In addition, he has been fined $500,000.

Then it got me thinking. Do organizations respond as quickly when their leaders behave badly? Is there zero tolerance for bad behavior?

We’ve seen many examples of bad leadership in recent years and some organizations have dragged their heels and haven’t responded with the same quickness. For example, former American Apparel CEO Dov Charney routinely would walk around the company’s offices in his underwear. The behavior persisted even though employees had complained 10 years prior. That’s a long time for action to be taken in my opinion.

In an article in HBR, researchers David Larcker and Brian Tayan did an extensive review of news media stories between 2000 and 2015. They identified 38 incidents where a CEO’s behavior garnered a meaningful level of media coverage. Here’s the breakdown of the bad behavior:

A new study from PwC has revealed that the tide may be turning in addressing misconduct.

Their research has revealed that CEO misconduct is now the most frequently cited reason why a CEO is booted out of a company, more than poor financial performance. 39% of CEOs who were ousted in 2018 left for reasons related to unethical behavior stemming from allegations of sexual misconduct or ethical lapses connected to things like fraud, bribery and insider trading.

I suspect this trend will continue as Boards recognize the risk and reputational damage of not being seen to act quickly when a senior executive has behaved badly.

I believe many boards and companies can learn a lesson from the NBA and the Golden State Warriors in how to respond to bad behavior.

This week’s gut check for leaders blog asks: Do you have zero-tolerance for bad behavior?