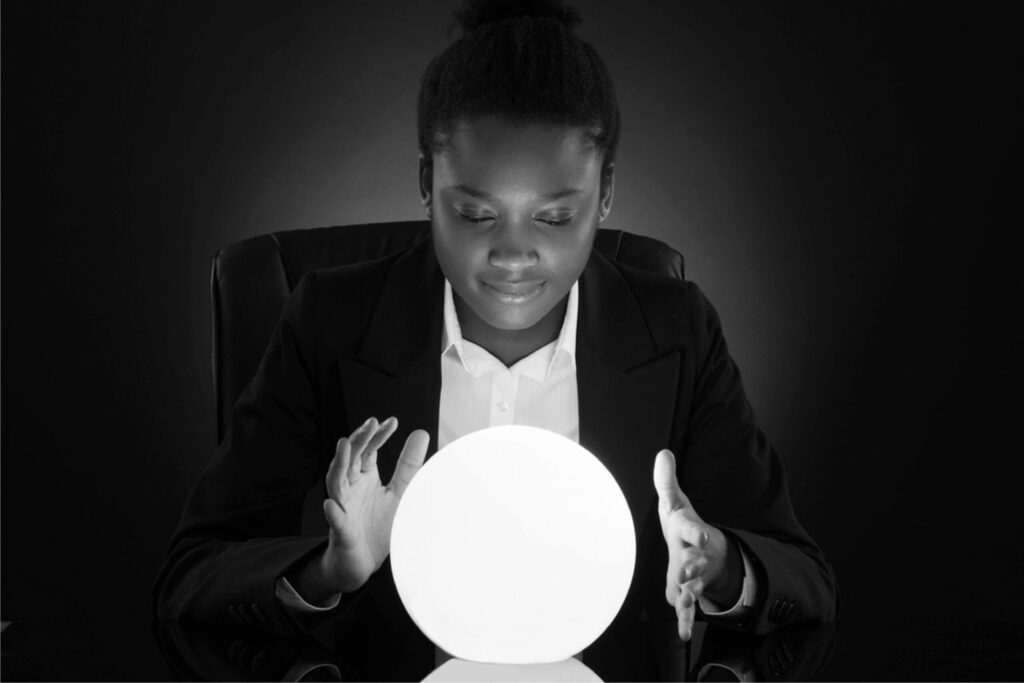 Are You Ready for the Future of Work?
Subscribe

The “future of work” has become a bona fide global obsession.

Every week, I get a flood of surveys, studies, commentaries and editorials all talking about the future of work and jobs, many with dire and even apocalyptic headlines. I’m sure you do as well.

As I read all the reports, studies and predictions, I can’t help but feel like “I’ve been here before.”

Well, I was, back in 1990, when I was a budding entrepreneur and starting my first consulting business. I was a career counselor and I began providing services to senior leaders and executives at personal inflection points. I helped them sort through their thinking and develop a solid plan for their careers. To be effective I had to be on top of all the research on careers and the future of work.

Back then, uncertainty about the future was just as fervent as it is today.

We were awash in predictions about job loss, the role of technology in reshaping the workplace and the dream of a future of leisure. What was different then was that we were only a decade away from the year 2000, the date that metaphorically and realistically represented the beginning of the future.

The anxiety that many of us felt became exceedingly clear one day when a colleague of mine, who was a fourth grade teacher, asked me to come into her class and speak about the future of work.

During my presentation, one of the students raised his hand and asked, “Am I going to be unemployed in the future?” That was quite a question from a nine-year old. I asked him what prompted the question and he shared that both his parents lost their jobs and he was afraid that the same would happen to him.

As I looked at this nine-year-old, I could instantly imagine what he was feeling. The economy was struggling. I felt more or less obligated to tell this young person the truth.

“Yes, at some point you’re probably going to be unemployed,” I said. “This is something we all have to expect because the world of work is changing. There is no job security. But we can do a lot to prepare ourselves so that we find new jobs and fulfilling careers.”

Perhaps that was a more candid response than a group of fourth graders were looking for, but it was the truth. And remarkably, it remains the truth today.

Take the case of The Guardian which recently went as far as to ask if jobs will even exist in the future. In a recent article, The Guardian quoted business journalist Richard Newton offering a very pessimistic view of the future. “This is either going to be very good or very bad—and either way there’s not going to be much in the way of work,” he told the newspaper.

Another source of commentary, a recent study from Oxford University, followed a similar tack: nearly half of all jobs that exist today will not exist tomorrow. This study has been widely quoted by CEOs and academics as proof that machines are overtaking us at work.

However, while we’re good at predicting job losses, what I’ve learned is we’re not good at figuring out what will replace them. The mystery in these predictions is largely due to the fact that—when you come right down to it—we are just not that good at predicting the future. As I reflect on all the talk about the future of work I led in the early 1990s, a lot of it didn’t materialize.

Our track record for predicting doom and gloom is pretty gloomy. Remember Y2K, the technological tsunami that was going to tear the world’s information systems apart when January 1, 2000 arrived? Companies spent billions re-engineering their IT assets. We worried about planes falling from the sky and massive failures in the power grid.

Well, I’m still here and my computer did not rise up and kill me in my sleep.

Nate Silver, the highly regarded statistician behind FiveThirtyEight, the undisputed leader in predicting the outcomes of elections, wrote a book in 2012, The Signal and the Noise, which reminded the world that even in a world with big data, we still do not have a direct window to the future. Silver noted in his book that we are surrounded by information, all the time. But even so, we still consume it “selectively, subjectively, and without much self-regard for the distortions that this causes. We think we want information when we really want knowledge.”

Okay, so the future is hard to predict. Even so, we’re fairly certain that work as we know it will change drastically. We’re just not entirely sure what it will change into. As always, I look at a challenge like that and wonder, “how is someone supposed to lead in a situation like this?”

To be a leader today means to embrace a lot of uncertainty. But you also have to learn how to cut through the hype of what some people are spouting on the future of work. That is obviously easier said than done. But it’s important that we all take up the challenge to sort the fact from the hyperbole, both for our own sake and the benefit of the people we lead.

How can we do that? I offer five ideas that can help all leaders see beyond the hype and—I hope—further into the future.

This week’s Gut Check for Leaders asks: Are you ready for the future of work?