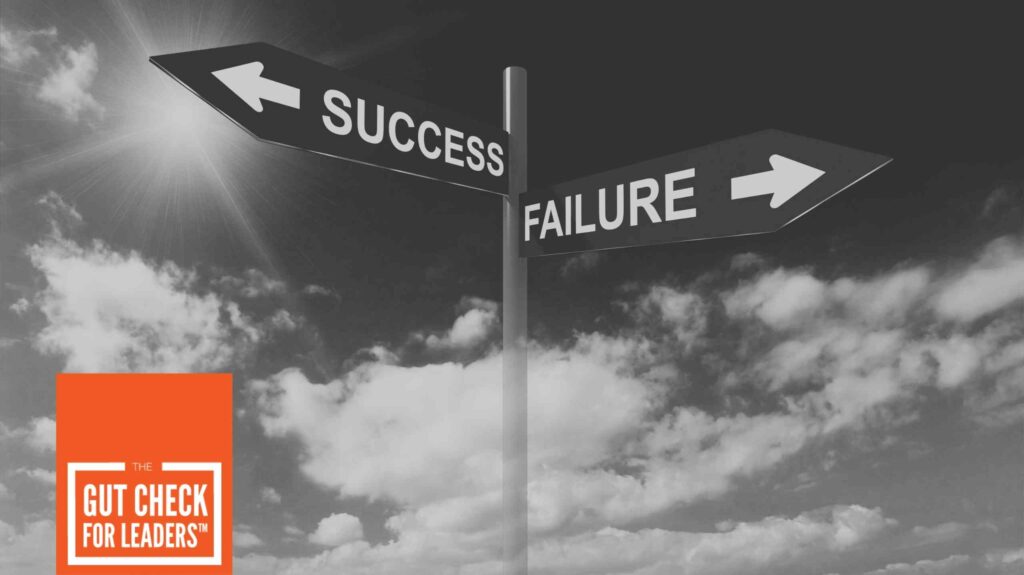 Shopify: a cautionary tale about leadership and inflection points.
Subscribe

Good leadership isn’t always about making the right decisions; sometimes, it’s admitting when you made the wrong ones.

And then, after two years of investing heavily an anticipated and exponential growth of e-commerce, CEO Tobi Lütke announced in July the company was laying off 1,000 employees after suffering a USA$1.2 billion loss in Q2 2022.

And how did Lütke respond to this major setback? In a statement, he admitted his wager on the rapid growth in e-commerce was off the mark. “I got this wrong.”

Like many others in the leadership development space, I think Lütke is demonstrating one of the most important qualities of accountable leaders: the willingness to admit mistakes quickly, and then move forward.

But this story is also a cautionary tale about the challenge of leading through inflection points.

Leaders must anticipate and react to inflection points. But what if your forecast is wrong?

I write and talk often about leading through inflection points, those seismic shifts in the business environment that require leaders to embrace change and transformation. Those who don’t run the risk of leading their organizations into disaster.

That’s largely what happened to Shopify. The company thought e-commerce was going to continue growing in leaps and bounds after the world was forced to go online when in-person stores were closed during the pandemic. Lütke was not wrong; e-commerce is continuing to grow at a steady pace. It’s just not growing quite as quickly as Shopify thought it would.

Lütke made a mistake. But the much bigger mistake would have been refusing to admit his forecast was off and staying the course on his growth strategy.

Leading a business has always involved risk. Today, leaders are facing more risk than ever before.

The pandemic. The War in Ukraine. Supply chain disruptions. Inflation. Climate change. Diversity. Business leaders today are fighting for survival on many different fronts. That makes accountability more important than ever before.

It’s simply impossible to expect leaders to get it right, all the time.

Success doesn’t always mean “sticking to your guns” in the face of adversity. Sometimes it is admitting to failure and changing tack. If you’re not willing to admit your mistakes and learn quickly from them – and my research shows that far too many leaders are not willing to do these things – then you’ll never been successful.

People trust accountable leaders, even when they make the wrong decisions.

Our research on accountable leadership shows pretty clearly that Lutke’s willingness to admit his mistake and plot a new course is the exception, and not the rule, in business today. Given the demands on individual leaders to anticipate and manage change, that is a very worrisome trend. What should leaders be doing to boost their accountability?

Strong leaders make mistakes and then admit them. In the Leadership Contract, I emphasize the need for leaders to step up and accept their role – and the good, the bad, and the ugly that comes with it. When leaders fail to demonstrate this foundational quality of accountable leadership, people lose faith in them and their organizations.

Lütke’s admission he was wrong, and the swift steps he took to trim overhead, restored some faith in the company. After announcing its Q2 results, Shopify share prices tumbled. But then, after taking steps to address the setback, they started going up again. It’s an important reminder that people will judge your organization on the quality of the leadership.