How do you deal with gossip at work?
Subscribe

As soon as the video was leaked, it went viral. In a press conference, President Trump was asked about the video. He said that he had seen it, and then accused Justin Trudeau of being “two-faced.”

Trump then left the NATO meeting early and did not stay for the last press conference, claiming he had already spent enough time talking to the media.

Then the media went crazy covering this story, as did late-night talk shows.

When you watch the video, at no point do the leaders mention Trump by name, but it’s evident in the details whom they are talking about.

This whole incident is quite remarkable to me for many reasons.  First, it’s surprising that these global leaders would be so naïve and allow such a conversation to be captured by the media. Second, it’s surprising that Mr. Trump seemed surprised that this even happened. He’s undoubtedly given people enough reason to talk about him.

In the end, this story just confirms that all leaders lead in a fishbowl and that one needs to be careful at all times about what one is saying and how one is behaving.

But I see another important story here, and it’s about gossip itself. This is something that all of us experience on a regular basis in our work and personal lives.

Within the context of organizations, gossip can become a distraction. It can be nasty and lead to negative dynamics within a team and a company.

Some suggest it’s the job of leaders to eradicate gossip altogether.  But I do not think that’s possible.  Why? Well, if you look at some of the research, and there’s a ton of it on the topic, it seems gossip is ingrained in human beings.

The Atlantic ran a story a few years back on gossip. Julie Beck, the author, said that gossiping is behavior which is typically frowned upon, yet it is central to human activity. She cites the research of evolutionary psychologist Robin Dunbar who has found that conversations about personal relationships, likes, and dislikes make up two-thirds of all discussions that most people have. He also says that “gossip is what makes human society as we know it possible.” Research also shows that five-year-old children are already primed for gossiping.

While gossip may appear to be negatively motivated at times in the form of bad-mouthing another person, many feel that this isn’t always the real purpose of it. Some research suggests that only three to four percent of all gossiping is malicious in nature. It goes further to say that gossiping can bring people together, build relationships, and get important work done.

I believe, at its core, that gossiping is about making meaning of the actions and behaviors of others and of our world. It can be a way for people to vent and express their frustrations about a person’s behavior or a situation. That’s what seemed to be happening in the gossiping going on about the global leaders at NATO. They were questioning President Trump’s behavior.

So, gossip has an essential social function. But it still gets a bad rap. This is justified, especially when gossip is hurtful and harmful. More importantly, it can create much drama in a work context.  Take, for example, the work done by Cy Wakeman, a drama researcher, speaker, and consultant.  She estimates that employees spend 2.5 hours per day or 816 hours per year on work-related drama. All this gossiping is costing companies millions of dollars in lost productivity. Is there a price when gossiping goes unchecked?

In a Harvard Business Review article, author Joseph Grenny says that gossiping happens in an organization for three primary reasons.  First, the information you get from a colleague is valued more than what you received from formal channels, especially if people mistrust those channels. Second, gossiping does play a role in helping people release emotions such as anger and frustration. Finally, it’s an indirect mechanism to surface interpersonal conflicts between colleagues.

How then should a leader manage gossip in their company or on their team? Should you drive it out of your culture?

Well, if we look at the research from evolutionary psychology, the answer is no. Even if you try, gossiping is so ingrained in human beings that you will never get rid of it. Furthermore, in today’s world, a lot of gossiping isn’t just done face-to-face; a lot of it happens via texts and emails between employees. You can’t even see it taking place. I learned about this firsthand in a recent client session.

I was delivering a keynote presentation on The Leadership Contract to the top 80 leaders of a financial services organization. I had a discussion with one of the participants during a break. He revealed that he and some colleagues in the room were texting one another while I was speaking. They were texting about me! I was surprised to hear that, though I know I shouldn’t have been. The good news was that they were validating that I was adding value and they were learning a lot from my ideas. Whew!

My sense is that as leaders, we need to find a way to deter the detrimental nature that gossiping can bring about in an organization. Here are some ideas for you to consider.

As we learned from the recent NATO meeting, gossiping is a reality that leaders need to contend with. You need to accept that it happens, and you need to focus your energy on mitigating its negative aspects.

This week’s Gut Check for Leaders blog asks: How do you deal with gossip at work?

Leaders Need Direction, Too: Are You Articulating Clear Expectations? 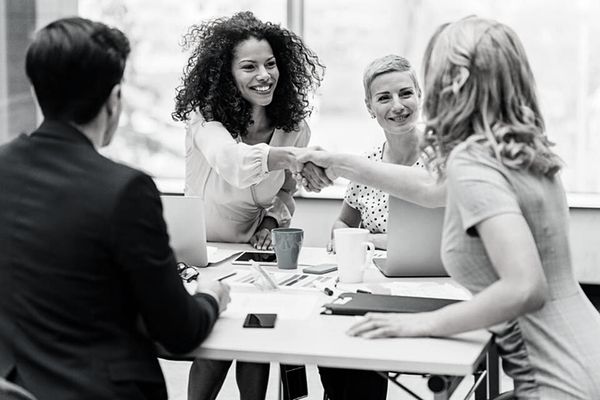 15 Ways To Build Community Across Your Organization & On Your Team
hello@drvincemolinaro.com
© 2022 Dr. Vince Molinaro (Leadership Contract Inc.) - All Rights Reserved
Menu
Visually Impaired Mode
Improves website's visuals
This mode adjusts the website for the convenience of users with visual impairments such as Degrading Eyesight, Tunnel Vision, Cataract, Glaucoma, and others.
Readable Font
High Saturation
THE GUT CHECK FOR LEADERS™