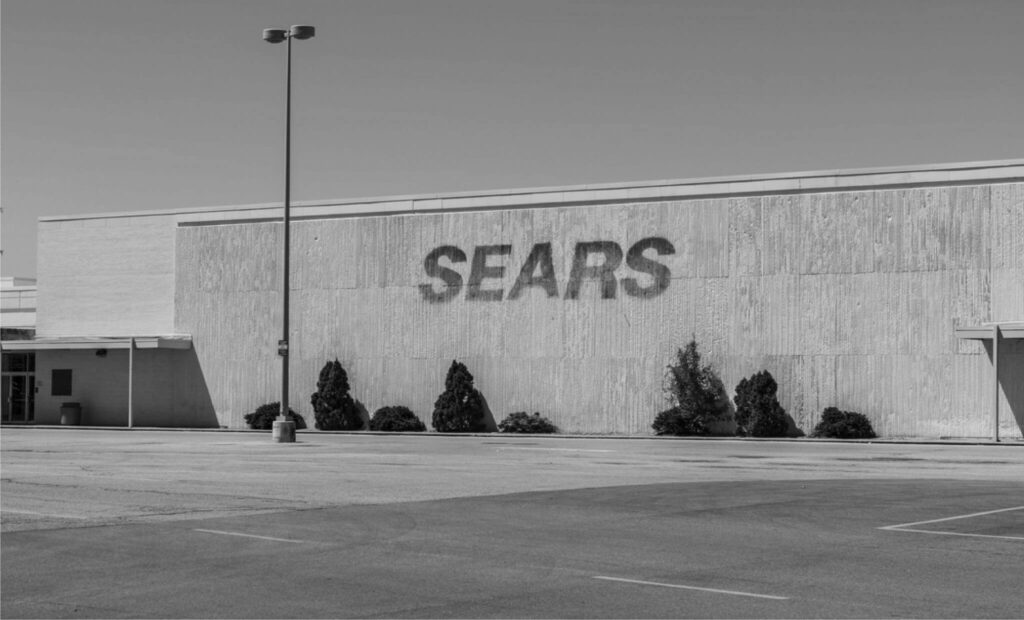 DO YOU HAVE THE COURAGE TO OWN YOUR FAILURES?
Subscribe

Few of us become leaders thinking we’re going to fail. But at one point or another, everyone in a leadership role will suffer a setback. It’s how we react to those setbacks that define who we are as people and as leaders.

In these challenging times, we are certainly gaining insight into the mettle and fortitude of leaders in business, politics and sports – leaders like Edward Lampert.

The reclusive hedge fund manager who took over the reins as CEO of Sears in 2013 has been pulling out all the stops to keep his company afloat amid one of the most challenging eras ever for the retail industry. I wrote earlier this year about his efforts to save the iconic department store brand.

The company’s stock has been in a steady downward spiral. The company is losing about $1 billion annually and is in the process of laying off staff and closing stores. Still, Lampert has remained a stoic defender of the Sears brand.

Recently, however, Lampert has gone on the offensive accusing detractors, including the business media, of undermining his efforts to save Sears.

At the company’s annual shareholders’ meeting in early May, Lampert used a slide show to demonstrate the cynicism of news organizations covering the retail sector in general, and Sears in particular. Lampert used a decade’s worth of negative headlines to argue that the trouble Sears is facing right now is really just a self-fulfilling prophecy spun by news organizations.

“It’s irresponsible and it’s been irresponsible for too damn long. We’re just looking for a fair chance,” Lampert stated during the meeting. “Excuse my rant but a lot of what we’re doing deserves a chance to see the light of day.”

It’s a pretty unusual strategy to blame the foundational problems facing the retail sector on something as simple as negative headlines. But Lampert’s frustration seems to be manifesting itself in all kinds of odd attacks on anyone he thinks is deliberately trying to undermine his efforts to save Sears.

Not long after that meeting, Lampert was back in the news after posting a blog on the company’s website that alleged various suppliers were taking advantage of Sears as it struggles to achieve stability. Lampert singled out One World Technologies – a company based in China – that has, for the past nine years, manufactured the store’s famous line of Craftsman tools.

Lampert said One World was threatening to go to court to get out of its current contract so that it could decrease its commitment to Sears and use more of its manufacturing capacity to serve other customers. “We won’t allow that to happen. We are generally not a litigious company, but we will fight back to protect our legal rights, hold One World to its contractual agreements, and ensure that our customers are not affected by this business dispute.”

I admire a leader who is prepared to defend his or her company against hostile acts by competitors or suppliers. However, those efforts have to be undertaken in a way that does not make a bad situation worse. Lampert may not have fully considered the impact his comments would have on the outside world; Sears’ shares fell 12% on the day his blog appeared.

What is causing Lampert to lash out so much? There isn’t much in Lampert’s bio suggesting that, when he stepped up to run Sears, he had tasted much in the way of failure before.

In 2002, he became the first financial manager on Wall Street to earn more than $1 billion in any year. By 2004, according to Forbes Magazine, he had amassed a net worth of nearly $4 billion; and in 2006, he was named one of the world’s top 100 influential people by Time Magazine.

However, things changed dramatically for him as Sears’ CEO. His net worth has, by some reports, fallen by half. And currently, he doesn’t appear to be making anyone’s top 100 list.

Suddenly, he finds himself filling the role of a high-profile leader of a struggling iconic retail chain, and the future does not look bright. It is unclear whether Lampert will be someone who can find a way to snatch victory out of the jaws of defeat; but if Sears goes down, it will hardly be solely because of Lampert.

All this brings me to one of the toughest jobs a leader has: owning failure.

Sometimes, you do all the right things, you put in all the hard work, and things still don’t work out. That’s the way it goes in business (and in life, for that matter).

However, how we react in those moments of defeat or failure will ultimately define us as leaders. The greatest leaders I have met have tasted failure many times. And because they endured those setbacks with grace, composure and class, they were able to learn from those experiences and become better leaders.

This week’s gut check question is essential for any leader facing a big setback: do you have the courage to own your failures?