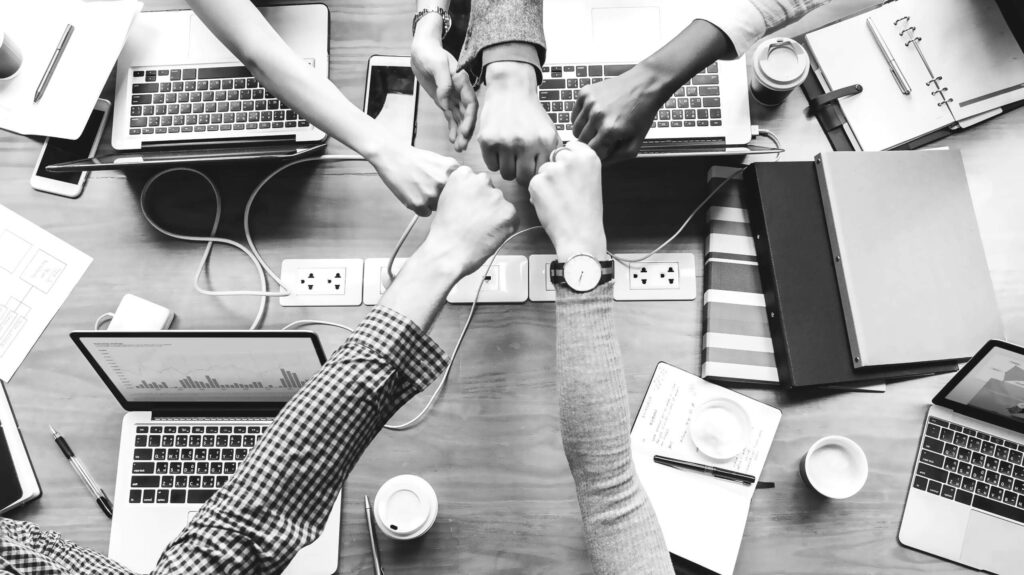 Do you have a strong community of leaders to lead you through this crisis?
Subscribe

In early February 2003, we kicked off an 18-month leadership program for the top 70 leaders of a large municipal government. We designed an experience to help them better lead their organization into the future. It was the first time the city was engaging in this type of development for its senior leaders.

We began the launch session by showing an image of a sky filled with clouds, some were white and puffy, but others were dark and gray. We positioned that their future was like this image and that as leaders, they would need to come together to lead their organization in a very different way than they had in the past.

We then spent time discussing what they believed would be the critical threats and opportunities in their operating environment. The leaders shared a very rosy and optimistic view of their future. The only significant risk they identified was a potential terrorist attack that could happen in their city. Like many at that time, they were still dealing with the psychological aftermath of 9/11.

After that first session, there was a lot of optimism and a high degree of confidence in the room. My colleague and I were also excited about the opportunity to work with them. It was all feeling pretty good. I was also looking forward to the second session, scheduled to take place about eight weeks later.

In that intervening time, the world changed dramatically in a way that no one could have predicted.

In that gap between our sessions, a woman returning home to Toronto from Hong Kong fell ill and died in early March. The virus she was infected with spread to her son. While he was in the hospital getting treated, he inadvertently transmitted his virus to several staff members.

Soon after, the world became aware of the SARS virus. Now everyone in the city of Toronto and surrounding areas were on high alert. Governments, hospitals and companies were reacting in real-time to something they had never really had to contend with before.

We met with the Chief Administrative Officer to discuss whether to put our sessions on hold. She believed strongly that we needed to continue with the sessions believing they would help her leaders come together and better lead through the crisis.

It was a dramatic turn of events. SARS wasn’t even part of our vocabulary just weeks before, but soon after, it was the only thing people talked about. It consumed everyone’s attention.

In that second session, the collective mood of those leaders changed considerably. It went from optimism and excitement to anxiety and stress. Some leaders expressed a lack of confidence in their abilities to lead at this time. Some had only led during good times; none had really experienced a significant crisis in their careers. They doubted themselves.

In these sessions, these leaders did come together. Over time, a real sense of community began to emerge. It was so rewarding to see them step up collectively in ways that they never had before. Before SARS, they spent their time stuck in silos, department against department, with an us versus them mentality. Now with this public health threat, none of that stuff mattered anymore (as if it ever really did). They did what they had to do to lead their organization. Those leaders showed an unprecedented capacity for strong and accountable leadership when it mattered most.

That experience taught me the power of having a strong community of leaders, especially when it really matters, like at a time of crisis.

Eventually, we began to recover from the SARS situation and life eventually returned to normal.

Which brings us to today and COVID-19.

Over the last few weeks, I’ve been watching the story unfold like many of you. I have also been reaching out to my clients and other senior executives in my network to gauge how they are responding.

I would say that the general sentiment I’m hearing is one of cautious and even guarded optimism. Those who have had prior experience in dealing with crises before seeming a little more self-assured. Those who haven’t are less confident. But there is one consistent theme that is emerging so far in my conversations, and once again, it’s about the power of a community of leaders.

For example, in one of my conversations, I reached out to a client based in Milan, Italy (the epicenter of the virus in Europe). I checked in to see how his company is doing, and he said that “a strong leadership community is helping them a lot in these difficult times.” He was encouraged and inspired by how his leaders were working together to lead their organization through the crisis. To his credit, he’s spent the last couple of years helping his leaders get stronger and now he is seeing the payoff at this critical moment.

We are experiencing a significant period in our history. The clouds appear dark, and the storm is upon us. I have found that a crisis can bring your leaders together, or it can tear them apart as they contend with the stress, pressure and demands of leading in an unprecedented time.

So, as you continue to make sense of what is happening around the world and your company’s response to it, consider your community of leaders. Is it as strong as it needs to be?

This week’s Gut Check for Leaders asks: Do you have a strong community of leaders to lead you through this crisis?