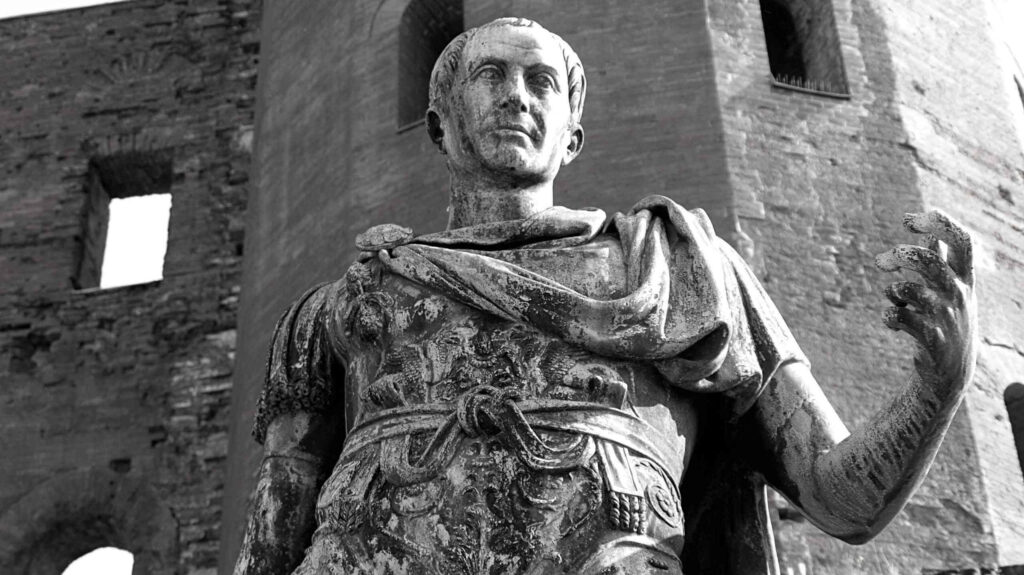 Beware the Ides of March: When the Consequences of Not Getting it Right are Dire
Subscribe

Of everything I read in high school, Shakespeare’s Julius Caesar still remains clearest in my memory. (It’s possible the play’s extreme bloodiness has something to do with this.) The moment the soothsayer issues his famous warning — “Beware the Ides of March” — has always stuck with me. Caesar confidently ignores the soothsayer’s caution, and to his own peril: he is stabbed to death by a group of conspirators on the Ides of March — on our calendar, March 15th.

One of the messages that the story imprinted on me is that lofty leadership roles come with equally lofty risks—particularly when a leader fails or is ineffective. The conspirators who killed Caesar believed him to be abusing his power, and claimed that the murder was for the good of Rome. You may not get stabbed by coworkers for misusing your power or leading your organization astray, but leaders can certainly experience other types of a painful fall from grace.

We’ve seen plenty of these leadership-scandals-turned-spectacles in recent years: take Uber founder and ex-CEO Travis Kalanick’s very public exit from the ride-hailing giant in the wake of privacy and discrimination scandals; Theranos founder Elizabeth Holmes’ much-documented crash into legal and financial trouble after being dubbed “the world’s youngest self-made billionaire”; and, most recently, Peleton ex-CEO John Foley’s resignation from his role after the high-flying company made a swift downward turn following several missteps.

Even for powerful leaders, big mistakes don’t have to mean the end — of their leadership tenure or anything else. After messing up, there are steps leaders can take to avoid an “Et tu, Brute?” moment.

There’s simply no way around the commitments every leader must make.

In The Leadership Contract, I explain that two of the four commitments leaders must make before accepting the role are these:

I believe that a leader as far off course as, say, Elizabeth Holmes, never had these commitments on her radar. Some have suggested that Holmes’ smoke-and-mirrors show included deliberately lowering her voice (as dramatized in the new Hulu series about her), and whether or not this specific detail is true, there’s no doubt that her efforts focused on painting a picture of a wildly successful business, rather than creating one.

In other words, she mastered the tactics that allowed her to avoid stepping up and getting tough.

Doubling down and inflexibility are key ingredients in the downfall of many leaders.

For plenty of other leaders, it’s possible that their initial leadership commitments were in the right place, but something went wrong from there. John Foley’s story at Peleton was one of, in part, overconfidence in the company’s vision of the future — and, specifically, overspending on ramping up production of the company’s bikes after early-pandemic sales spikes. A number of other errors, unforced and otherwise, also plagued the company, including an unfortunate portrayal in the Sex in the City reboot.

When faced with quagmires (whether of their own creation or not), I’ve seen far too many leaders double down on their own positions and perspectives, ignore warnings (I’m looking at you, Caesar), and think first of their own self-interest. But what I’ve also seen is that, ironically, these self-protective responses can lead to the biggest blow-ups.

Beware the consequences of being unwilling to own up to your mistakes.

Like everyone else, leaders have choices when they find themselves in sticky situations. True, their problems may be more public, more expensive, and more scrutinized than most, but that doesn’t change the fact that the best tactics involve a return to decency and common sense:

In many ways, leaders’ actions are amplified and all of the consequences of these actions—good and bad—are accordingly magnified. When the feedback is harsh, it can be all too easy to revert to self-protective modes of behavior. But it’s important to consider ahead of time how that can impact you, your organization, and your many other stakeholders.

Take a lesson from Caesar — and from Kalanick, Holmes, and Foley — and decide ahead of a big challenge what kind of leader you want to be.